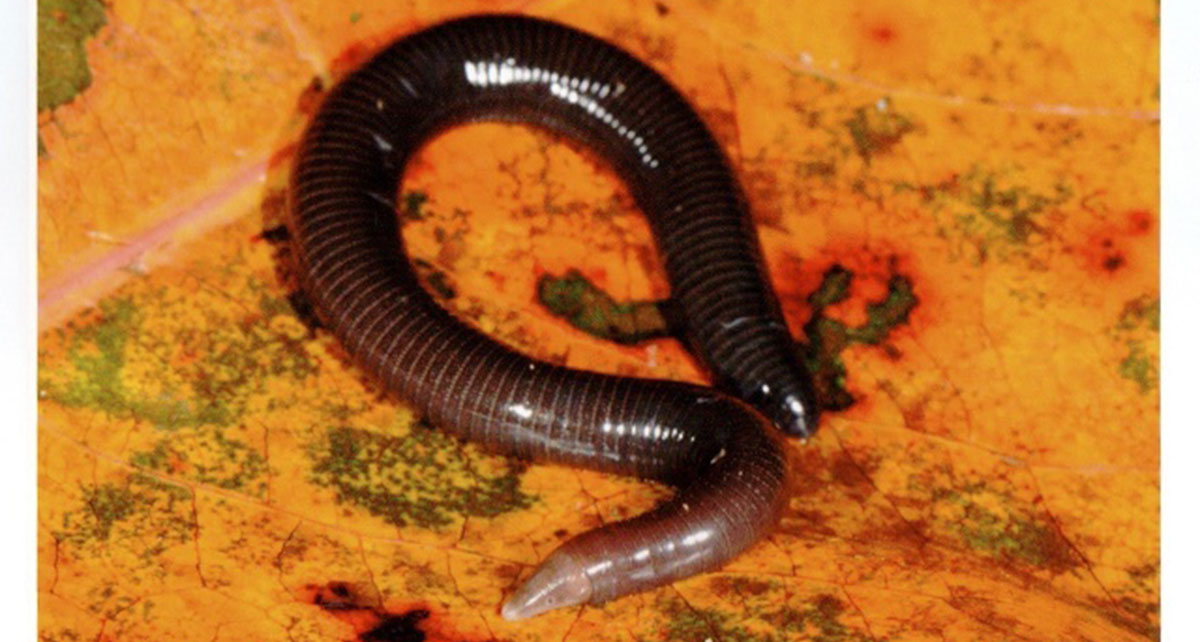 (Seychelles News Agency) – A new legless amphibian known as the caecilian has been discovered on the Seychelles’ main island of Mahe by scientists from the UK, according to an article published by the University of Wolverhampton last week.

The new species called montane Mahé (Hypogeophis montanus) was discovered through an ongoing study led by the University of Wolverhampton lecturer Simon Maddock and colleagues from London’s Natural History Museum.

“The finding of another new species of caecilian in Seychelles, in a short space of time, is extremely exciting. It demonstrates that despite being small in landmass, Seychelles is very biodiverse with many, many endemic species,” said Maddock.

A caecilian is a limbless serpentine species that breathes with its skin and lives in the moist ground. It is a burrowing amphibian that resembles earthworms found in tropical regions.

The species got its name as it can only be found on the two highest mountain peaks of Mahe, making them vulnerable to climate change. With increased temperatures, the species will be pushed higher up the mountain making its distribution even smaller.

This was confirmed by local herbarium, Charles Morel, who is also involved in the project.

“If we experience a long season without rain, the species may easily disappear as they live in moist areas. No rain is simply a destruction to their habitat,” Morel told SNA on Monday.

He added that since Seychelles’ biodiversity is vast “we expect more discoveries to come in the near future.”

Maddock said that Seychelles’ caecilians have been isolated from their closest relatives in India for 75 million years making them extremely interesting.

“However, because of this, they are likely vulnerable to disease, having not encountered foreign pathogens for a long time. An amphibian chytrid fungus, although not in Seychelles, is a very big worry and has wiped out populations of other amphibians across the globe,” said added.

This is the second type of its kind to be spotted in Seychelles, a group of 115 islands in the western Indian Ocean, in less than a year, bringing the number of endemic caecilians in the island nation to eight.

Last year in the same study, researchers discovered the Hypogeophis pti, locally known as petite Praslin caecilians. As its name suggests it can be found only on Praslin, the second most populated island, in two national parks, Fond Peper and Glacis Noir.

The caecilians along with other amphibians from the Seychelles are being continually monitored by a dedicated team of researchers and conservationists from around the world, spearheaded by passionate conservation biologists in Seychelles.